Routes: Lake Azul, S. Pedro de Sintra, Pena, Mouros Castle, Capuchos Convent, Peninha, Cabo da Roca, Cascais, Guincho beach.
Jeep Rally with questionnaire and driver. 4 activities during the course and stop at the Historical Center of Sintra. This rally was designed to discover the romantic paradise of the Sintra massif. From the construction of the Château dos Mouros in the 8th century to the beginning of the construction of the Royal Palace of Pena in the 19th century, Sintra has acquired a cosmopolitan and royal aura from which it will no longer separate.
Sintra has become the place of occupation of the free time of the Portuguese Kings thanks to its fauna (hunting) and its mild temperature and is classified since 1981 as Natural Park and since December 7, 1995 as protected area and World Heritage.
Participants will receive a road book (1 per jeep) to find their way around which will also contain some questions about Sintra.
PROGRAM :
After the formation of the teams, departure by Jeep from the Hotel to start a mixed course of asphalt and all terrain.
Along the route the participants will have the opportunity to visit the historic center of Sintra and they must surpass four activities to choose from among the following:
Spider Web, Sarbacane Shooting, Rocket Launcher, Archery Shooter, Tri-Ski, Malha Games, Ass Game, Mountain Bike Slalom, Wheelbarrow Game, Putting.
Back to your hotel.

INCLUDED IN THE PROGRAM
- Safari Challenge in Sintra (6 pax per jeep)
- Traditional games as stated in the program.
- English accompaniment
- Transfer by coach Hotel / Sintra / Hotel 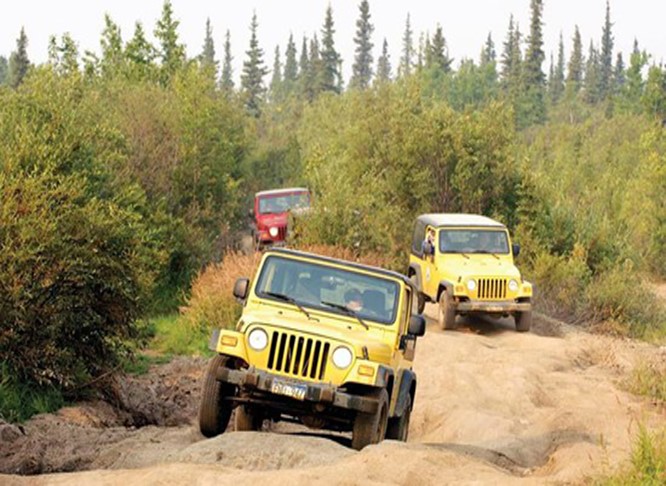